Ganesh Is One Of Those Rarest Of Naturalists : A Natural! Though he has attended several training camps over the years, nature has been his earliest and closest teacher about birds and the local fauna and flora of Coorg.

Hailing from a small village in the district of Coorg, Ganesh was drawn to nature and the forests of Coorg from an early age. Birds, in particular, moved and fascinated him. Though untrained in identifying species scientifically at this early point in his life, he began to make his own observations of their identity,particularly through bird calls.

His love (and talent) for theater drew him into the world of art and culture in his home town. His ability to mimic people and animals began to stand out. It won him an advertising assignment from some of the prominent beedi (a native cigarette) makers of the time as well as the local cinema theater that hired him to make their announcements. This unusual skill of ‘imitation’ was one he would put to use later in his work as a professional birding guide. In fact it was this ability to mimic bird calls that gave him his reputation as the ‘bird man of Coorg’.

In 1995 Ganesh joined Orange County Resorts, a prominent luxury resort chain, at their flagship resort in Coorg. He started out as a horticultural assistant working in the property’s vast gardens. He used the opportunity to learn and observe nature closely .The hidden light of the naturalist in him began to glow more brightly as he gained in understanding of the abundant flora and birds of the resort.

Before long he was asked to escort guests on boat rides and resort walks. His enthusiasm, knowledge and communication skills caught the attention of both the management and many a guest. Soon Ganesh became a popular guide at the resort, sought after by guests to escort them on the distinct bird walks and nature trails that the resort offered.

Ganesh continued as an activities guide at Orange County resorts for 15 years before leaving to pursue a full time career as a free lance bird and nature guide in Coorg. His most cherished memory of his time with Orange County resorts was when he was presented with a copy of Salim Ali’s “Book of Indian Birds”(the most referred to book on ornithology in India) by an international guest who was very impressed with his guiding style, expertise and passion. Bird Watching session is a great way to learn about different bird species, appreciate their beauty, and enjoy the outdoors. 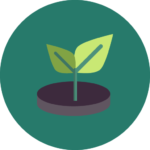 Before the session, the guide or leader will typically plan the route and choose a location that is known to have a good variety of bird species. They may also provide recommendations for what to bring, such as binoculars, a bird identification guide, and comfortable walking shoes. 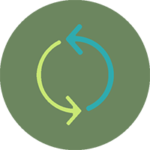 Travel to the location

The group will typically travel to the location by car or other transportation, depending on the distance. 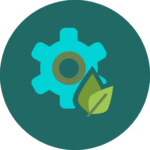 Hiking or walking to the birding areas

Once the group arrives at the location, they will usually spend some time hiking or walking through the area to reach the best birding spots. 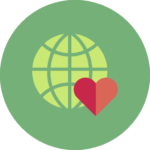 Using binoculars and a bird identification guide, the group will observe and try to identify the different bird species they see. The guide may provide information about the birds' behavior, habitat, and other interesting facts.

Depending on the length of the session, the group may take a break for lunch. This is a good opportunity to rest and refuel before continuing the bird watching.

After the lunch break, the group will typically continue bird watching for the remainder of the session.

At the end of the session, the group will typically return to the starting point and debrief about the birds they saw and the highlights of the session.

Ganesh Is A Certified Naturalist Of The Karnataka Eco Tourism Board.

He also been coached personally by Sarath Champati , one of India’s foremost naturalists. If you are a committed bird watcher or nature lover who is keen to explore the birds and nature of Coorg, then sign up for an outing with Ganesh. It is an experience you will always remember for its originality, education, adventure, novelty and fun.